George Chen, the owner of the Muskoka Royale property, is a Canadian citizen, Toronto resident and entrepreneur.  He has been inspired to build a private school based on his children’s experiences in such schools in Toronto, namely at Upper Canada College and The Bishop Strachan School.  Those two schools were built 190 years ago and 150 years ago, respectively, and have brought good, stable employment, and prosperity to their surrounding neighborhoods for many decades.  The campuses and school buildings are beautiful, and contribute to the character and prestige of their neighborhoods.

There are many other private schools in Ontario with a similarly long, successful history, and which have also made substantial contributions to the economic success of their communities through the creation of a large number of well-paying, stable jobs, the creation of spin-off commercial benefits and employment, by directly increasing visitors/tourism to their communities and, in some instances, by indirectly contributing to tourism by drawing more attention across the globe to their beautiful locations.  Lakefield College, established in 1879 in the Kawartha’s, is one example of such a private school in a setting similar to that of Bracebridge.

It is George’s vision to create a private school as his legacy project, a school which future generations of his family will be proud of.  In doing so, George recognizes that this will be a long-term project, and is quite prepared to make the investments that are necessary to construct a beautiful campus, create a world-class educational environment, and build the reputation of this school to one which will attract students from throughout the GTA, across the rest of Ontario, from elsewhere in Canada and the U.S., and from across the globe.

George owns a number of properties throughout Ontario, including some within the GTA, which are of suitable size and have appropriate attributes for a private school.  However, his desire is to establish this school on the Muskoka Royale site in Bracebridge because of this property’s natural beauty.  The wetlands, rock outcrops, streams and woodlands of this property create the perfect back-drop for a school that celebrates the natural environment, and which incorporates the environment as an important part of its curriculum.  This property is to be developed on full municipal services.

George Chen has organized a team of very qualified professionals, including land use planners, environmental consultants, civil engineers, traffic engineers, architects and private school education consultants, to help him turn his vision into reality.  Applying a solid team approach and drawing from a range of disciplines and expertise, a plan has been developed which celebrates the natural beauty of the property while protecting its important natural features.  This plan provides considerable economic benefits to the Town of Bracebridge and District of Muskoka.  Over time, the natural environment will continue to be protected and economic benefits from the school will be realized for generations to come.  In short, the project is an excellent fit with this property. 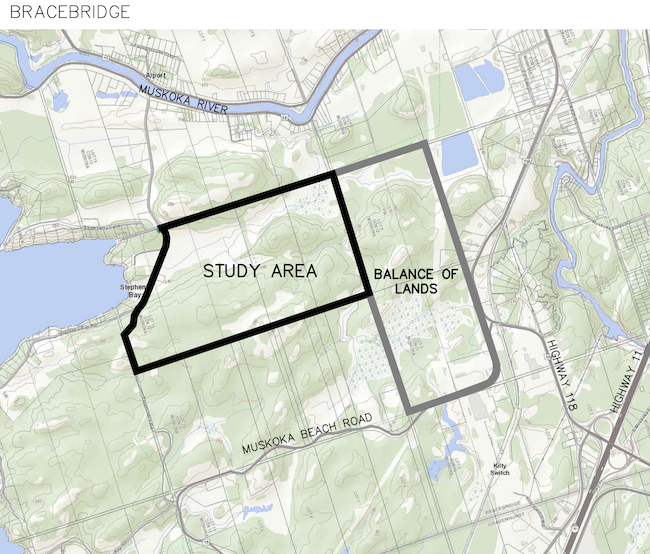 It is George’s vision that, on full build-out, Muskoka Royale College will accommodate up to 1,800 students over a gradual period of 15-20 years. The development of this school is expected to provide the equivalent of 200 full-time construction jobs over a five year period, and 120 full-time, permanent professional jobs in teaching and administration, as well as many additional jobs in maintenance, catering and housekeeping, over the long-term; it is reasonable to expect the equivalent of between 200 and 250 full-time jobs on full build-out.  George is committed to working with local trades and businesses in the tendering of work, providing long-term employment opportunities for the local community, and being a generous community partner, including through the creation of a local bursary program.